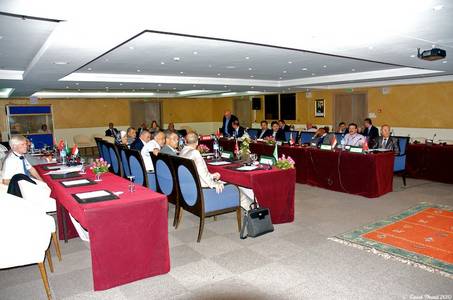 The lack of a Regional Plant Protection Organization in the near East Region has negative impact on the regional collaboration in the area of plant protection. in particular in the development of a regional strategy to monitor and control the trans-boundry plant pests (including diseases and weeds).  Pest outbreaks are an increasing trend and threat to the region in the last twenty years (particularly in the light of increasing international trade in agricultural plants and plant products), which require close attention from the region at minimum in the form of information exchange and the initiation of an effective regional monitoring and control strategy.

In response to a request made by the Near East Regional Commission on Agriculture at its Third Session held in Nicosia (Cyprus) from 11 – 15 September 1989, and following a recommendation made by a technical consultation held in Rome from 14- 16 April 1992, A conference of Plenipotentiaries on the establishment of the Near East Plant Protection Organization (NEPPO), organized by FAO, was held in Rabat Morocco 16-18 Feb.1993. The conference was attended by 17 countries from the FAO Near East region signed.

The NEPPO entered into force on January 9, 2009. The first Governing Council was held in Rabat (Kingdom of Morocco) in October, 2010, during which NEPPO established its structure, adopt rules and procedures, elected its President and Vice-president and nominated its Executive Director.

NEPPO was formally recognized as a Regional Plant Protection Organization (RPPO) under the IPPC on 23 March 2012. There are now ten RPPOs under the IPPC and Article IX of the New Revised Text of the IPPC which states RPPOs:

Signed but not ratified: Mauritania and Yemen.