The Member consultation period (1 June - 31 July 2012) on draft specifications has ended. You can download the compiled comments that have been submitted to the Secretariat through the IPPC Online Comment System (OCS) at: https://www.ippc.int/index ... 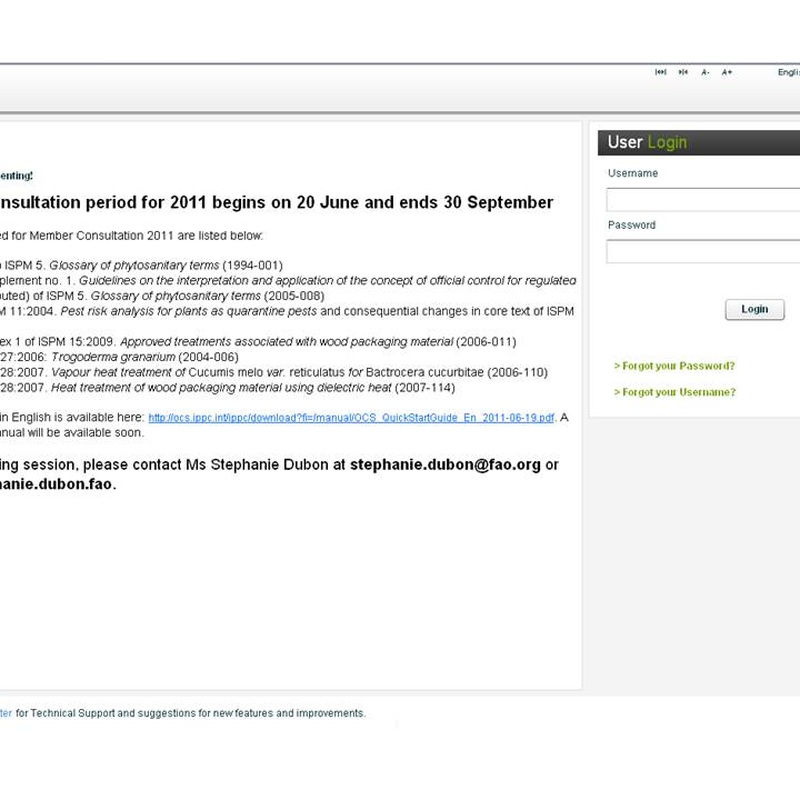