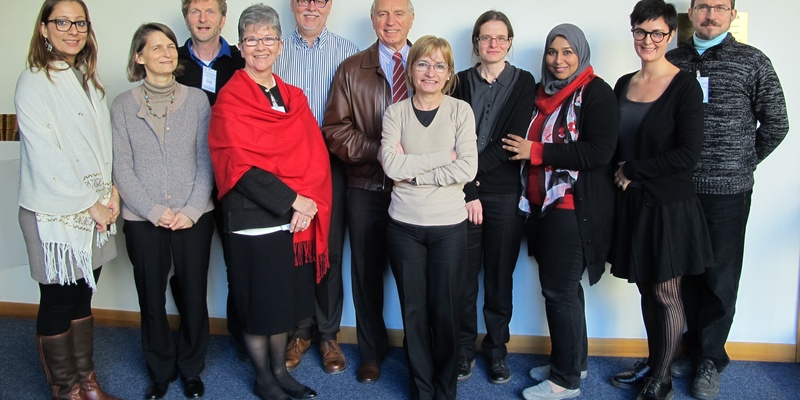 The meeting of the Technical Panel for the Glossary (TPG) in December 2014 marks the 24th year of the Glossary of phytosanitary terms. Indeed, the FAO Glossary of Phytosanitary Terms was first published in the FAO Plant Protection Bulletin in 1990. Until 1994, revisions were pursued by the Technical Consultations between RPPOs. It then passed to the hands of the Committee of Experts on Phytosanitary Measures which was created by the IPPC Secretariat of FAO to propose International Standards for Phytosanitary Measures (now the Standards Committee). Subsequently, a subgroup (the Glossary working group) was created and in 2006, it was decided that the importance of the Glossary work required a stable body of experts. The group was named the Technical Panel for the Glossary. The Glossary (now ISPM 5) provides the building blocks for the development of standards; it ensures a common understanding of phytosanitary terms to help interpret of our standards. The Glossary has been and will always be the standard through which we seek understanding and reassurance. Therefore, the work of the TPG continues to be of utmost importance. The December meeting was the second meeting this year, but no less productive. The TPG reviewed terms on their work programme and proposed amendments to ISPM 5; they reviewed member comments and revised the amendments to ISPM 5 from the 2014 member consultation period. The TPG also reviewed member comments on terms and consistency on all the other draft ISPMs from member consultation; a fundamental task to ensure that standards are consistent and that the correct Glossary terms are used to avoid future misinterpretations. It was also a meeting marked by a significant void. Mr Ian Smith, former Director-General of EPPO, and longstanding member of, and later invited expert to, the TPG had informed us that he would no longer be able to participate in TPG meetings. The TPG and the IPPC Secretariat acknowledged his tremendous contribution to the work on the Glossary. He had been one of the driving forces in creating the Glossary, a source of rare expert knowledge, and had represented the continuity of the work of the Glossary. For more on the history of the Glossary, please see the Annotated Glossary, Appendix 3: [https://www.ippc.int/publications/ispm-05-explanatory-document-annotated-glossary-revised-2013-ian-smith-reviewed]. The meeting report from the December meeting will be posted soonest on the IPP page for the TPG: [https://www.ippc.int/core-activities/standards-setting/expert-drafting-groups/technical-panels/technical-panel-glossary-phytosanitary-terms-ispm-5]. The next meeting of the TPG is tentatively scheduled for 7-11 December 2015. For questions or comments, please contact [email protected]