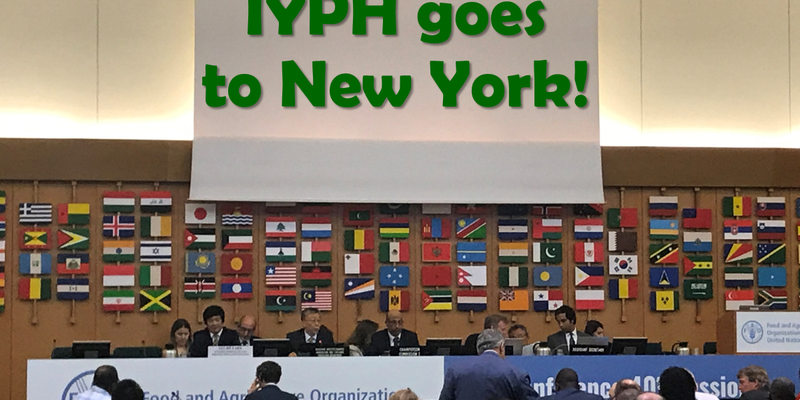 The 40th Session of the FAO Conference, the governing body of the Food and Agriculture Organization of the United Nations, has approved on 5 July 2017 a resolution with the aim to declare the year 2020 as the International Year of Plant Health (IYPH 2020). The proposal for the IYPH 2020, which was initiated by Finland in 2015, received considerable support by numerous delegations.

The main objective of the IYPH will be to raise awareness of the importance and impacts of plant health in addressing issues of global importance, including hunger, poverty, food security, and threats to the environment and economic development. It aims at addressing new and emerging plant health challenges, including the impact of climate change, the significant increase in international trade, the rapid loss of biodiversity, and the new pest pathways such as e-commerce by developing more efficient national, regional and global policies, structures and mechanisms.

Several delegations stated that the IYPH 2020 is an indispensable tool to reach several of the UN Sustainable Development Goals. Especially the global objective to reach zero hunger was identified as being correlated to good plant health situations. But also the global economic development and poverty alleviation were thought to be positively influenced by plant health and its effects on safe international trade.