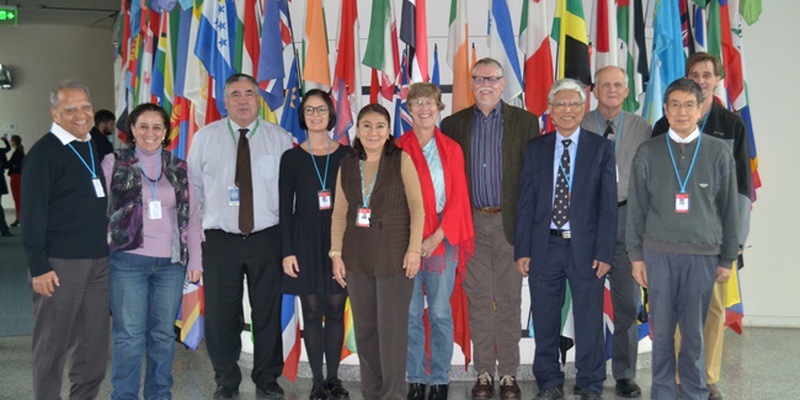 The Technical Panel on Pest Free Areas and Systems Approaches for Fruit Flies (TPFF) convened in Vienna from 19 to 23 October 2015.

The TPFF is composed of 10 international fruit fly experts and includes a representative of the Joint FAO/IAEA Division of Nuclear Techniques in Food and Agriculture, which also hosted the meeting. Chairperson for the TPFF was Ms Ana Lilia Montealegre Lara (Mexico). The collaboration between the IAEA and the FAO on fruit flies is an excellent example of inter-agency and international cooperation to create a solid scientific basis for IPPC standards, as well as a forum for discussion on the implementation of fruit fly ISPMs.

The TPFF made proposals for the reorganization of the fruit fly ISPMs to avoid duplication and further harmonize the guidance provided. The major change proposed was to include ISPM 30 as an annex of ISPM 35 because of the connection and subordinate nature of ISPM 30 to ISPM 35. The panel concluded its work reflecting on future needs within the fruit fly community, such as technical documents to support the NPPOs on the implementation of fruit fly ISPMs.

The outcomes of the TPFF meeting will be available here.