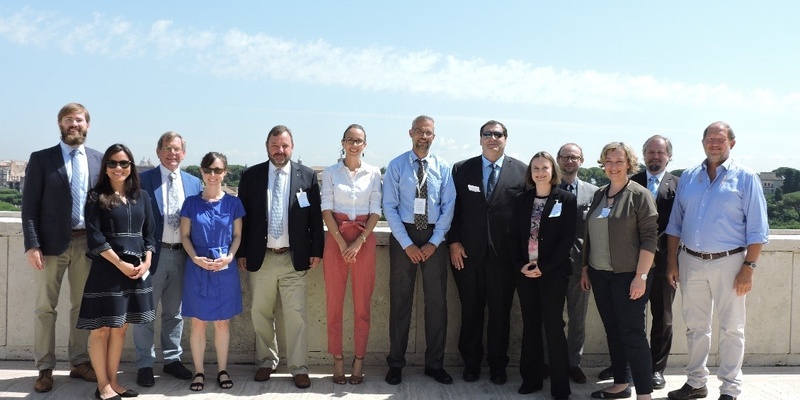 The IPPC ePhyto Industry Advisory Group (IAG) meeting was held on the 19th July 2018, in Rome, Italy. The meeting was chaired by Mr. Gerard Meijerink, International Seed Federation. The meeting was opened by Mr. Jingyuan Xia, IPPC Secretary, who thanked the IAG for its contributions and encouraged their work on studying the impacts of ePhyto on trade facilitation. The IAG, which was voluntarily established to advise the IPPC Secretariat on the feasibility of the ePhyto solution project and its ability to facilitate efficient and effective trade flows, reviewed the ongoing progress and advancements of the project. The IPPC ePhyto five year strategic plan which aims to lay out the details of transitioning from a donor funded project to a stable operating program was discussed in detail, along with other related topics including a proposed business model, and an advocacy and communications strategy which are currently in development.

The IAG dedicated the second half of the day to discuss an effort in establishing case studies to evaluate the impacts of the ePhyto Hub on trade. The case studies are intended to evaluate and validate the areas in which moving from paper-based trade to ePhytos can improve the efficiency and effectiveness of international trade. IAG members discussed their current experiences in trying to set up the case studies, and outlined the areas that need improvement in order to ensure that they are completed successfully. The IAG is optimistic on having several case studies ready by the end of the year and available for further analysis and review for the next IAG meeting which is anticipated to take place in January 2019.

The meeting concluded with the nomination of Alejandra Danielson Castillo, representative of the International Grain Trade Coalition as the new chair of the IAG. IAG members and representatives of the IPPC Secretariat thanked, the previous Chair, Mr. Gerard Meijerink for his hard work, dedication and significant contribution to the IAG and the advancement of the ePhyto Solution project.