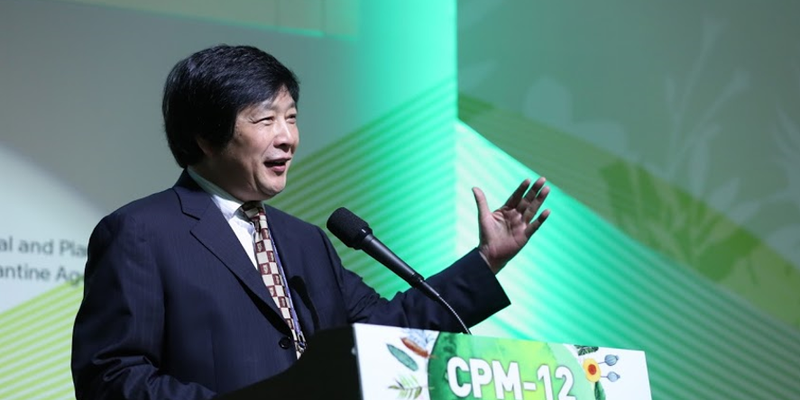 The International Plant Protection Convention (IPPC) was established on 3 April 1952, which aims to protect cultivated and wild plants by preventing the introduction and spread of pests. This year is the 65th Anniversary of the IPPC. During the twelfth Session of the Commission of Phytosanitary Measures (CPM-12) held from 5-11 April 2017 in Incheon, Republic of Korea, Mr. Jingyuan Xia, IPPC Secretary, made a presentation on the Major Achievements of the IPPC in 65 Years, which has received great interest by all participants. Secretary Xia highlighted eight key achievements of the IPPC in 65 years as follows:

4) The IPPC strategic guidance has been provided with IPPC Strategic Objectives (2012-2019), IPPC Annual Themes from 2016-2020, and the annual plan and budget of the IPPC Secretariat from 2016 towards.

5) The standards setting includes adoption of 95 phytosanitary standards from 1993 to 2017, including 41 International Standards on Phytosanitary Measures (ISPMs), 22 Diagnostic Protocols and 32 Phytosanitary Treatments.

8) The partnership and liaison includes cooperation with 38 international and regional organizations, 16 technical-related, 14 trade-related, 5 environment-related, and 3 other-related.

In conclusion, Secretary Xia strengthened that the entire IPPC community should be very proud of our own great achievements in the past 65 years, and should be also well prepared for moving towards 2020 to celebrate an International Year of Plant Health, and towards 2030 to contribute to achieving UN SDGs. He urged all RPPOs and NPPOs to organize relevant celebration activities for increasing the presence, visibility and impact of the IPPC globally, regionally and nationally. He encouraged all RPPOs and NPPOs to send their relevant advocacy information to the IPPC Secretariat, which will be showcased in the IPP website.