The 2017 Meeting of the IPPC Technical Panel for the Glossary 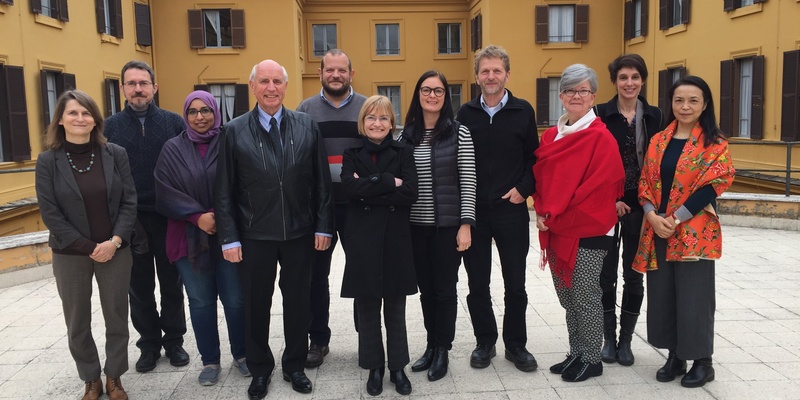 The IPPC Technical Panel for the Glossary (TPG) meeting was hosted by the Italian National Plant Protection Organization on 4-7 December 2017 in Rome, Italy. Mr Federico Sòrgoni from the Ministero delle Politiche Agricole Alimentari e Forestali warmly welcomed the eight TPG present members representing all six official FAO languages. The meeting was chaired by Mr John Hedley (New Zealand), with Ms Laurence Bouhot-Delduc (France) as Steward and Mr Ebbe Nordbo (Denmark) as Rapporteur. The TPG works on the development and revision of phytosanitary terms in the Glossary of phytosanitary terms (ISPM 5). It has an essential role in ensuring a holistic and horizontal review of consistency in the use of terms in draft ISPMs.

During the 2017 meeting, the TPG reviewed the comments submitted during the 2017 first consultation on the draft ISPM on Requirements for the use of fumigation as a phytosanitary measure. They provided recommendations on the use of terms and on consistency issues between this draft standard and other standards, and more specifically the draft ISPM Requirements for the use of temperature treatments as phytosanitary measures (recommended by the Standards Committee to the CPM for adoption in 2018).

The TPG also responded to first consultation comments on the draft 2017 Amendments to the Glossary. They discussed several other Glossary terms, which will be compiled in the draft 2018 Amendments to the Glossary. In particular, they discussed Glossary terms related to commodity classes, since the current definition of commodity class as well as the categorization of specific commodities into commodities classes were found to create challenges for the IPPC community and the drafting of standards. They agreed to recommend the term commodity class and the other commodity class terms for deletion from the Glossary, except those related to wood, seeds and grain, which were considered to be useful.

In addition, the TPG reviewed proposed ink amendments related to the use of the term contamination across standards and revised their General recommendations on the use of terms in ISPMs (to be incorporated in the IPPC Style guide).

The report of the December 2017 TPG meeting will soon be available on the TPG website.