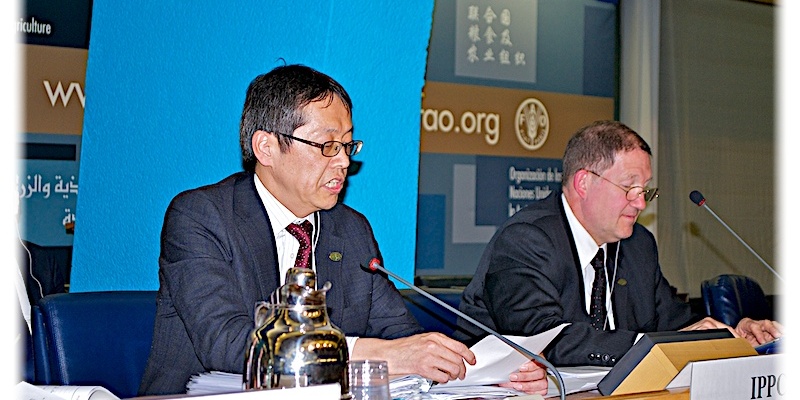 Last week, at the 2013 FAO Council Conference side event, The role of science in determining international standards in food and agriculture, Dr. Samuel Godefroy, Vice-Chair of CODEX Alimentarius, provided the audience with three poignant images to consider regarding the role science plays in the development and adoption of international standards: The integration of scientific-based evidence, he described, is as vital as the foundation supporting a large building, an anchor preventing a ship from drifting away, and the roots which firmly maintain the health of a large tree. In an introduction, FAO Deputy Director General Ms Maria Helena Semedo stated, FAO has always been devoted to its position as a neutral, international forum for scientific discussion, when dealing with food safety, nutrition and plant health. She recognized the work of panel members and their strict adherence to scientific evidence, as shown in Article 5 of the World Trade Organization Sanitary and Phytosanitary Measures (WTO SPS) Agreement as the SPS Agreement make[s] direct reference to the international standards established by CODEX and the [International Plant Protection] Convention, but it also states that science, and scientific risk assessment techniques, should be the basis for the standards. The panel for the event, chaired by Assistant Director General of FAO s Plant Production and Protection Division (AGP), Ren Wang, consisted of Mr. Yukio Yokoi, Secretary of International Plant Protection Convention (IPPC), and Mr. Steve Crossley, Secretary of the Joint Expert Committee on Food Additives (JECFA), with opening and closing remarks from Ms. Darci Vetter (U.S. Undersecretary of Agriculture for Farm and Foreign Agricultural Services). Each presentation served to reinforce the words of Dr. Godefroy, explaining the importance of retaining expert scientific consultation in every step of the standard setting process for food safety and plant health. During the event, CODEX, celebrating fifty years of service in the development and adoption of international standards for food, discussed the extent of their reliance upon sound scientific expertise. Their work to harmonize international food standards, guidelines and codes to protect the health of the consumers and ensure fair practices in the food trade would not occur without the scientific advice which comes from periodic expert committees and working groups by World Health Organization (WHO), FAO, and JEFCA. With 190 member countries, CODEX is aware that they must compensate for the growth in products in the global market and they cannot do so without input from scientists. Echoing a similar sentiment in relation to plant heath, IPPC Secretary, Yukio Yokoi, emphasized the high demand for scientific experts in standard setting from the point at which topics are identified for new standards until their adoption. He explained the IPPC s current obstacle in receiving sufficient scientific experts to join expert working groups. As experts are nominated and funded by National Plant Protection Organizations (NPPOs), the IPPC continues to encourage NPPOs to recognize the value of international standards that have been tested by expert committees and approved for implementation. This process is the only way to ensure and secure safe trade between nations. As explained in the closing remarks from Ms Darci Vetter, evidence-based international standards are the only standards that will produce a functional and safe trading system for all contracting parties involved. If the foundation, the anchor, and the roots are in their proper place-at the core of the standard setting process-the global market will benefit from safe trade with healthy products for the consumer.