Improvement of the NRO Reporting in Phytosanitary Legislations

The numbers of phytosanitary legislation reports have been increasing in a stable way over the last 4 years. In the year 2014 IPPC Contact Points or their IPP editors uploaded 59 reports on the IPP; while in 2015 - 60 reports; and in 2016 - 58 reports. This year 48 reports on phytosanitary legislations have been uploaded on the IPP by countries so far. Those reports make a 40% increase in comparison to all previous years (2005-2013). Four stable record years in a row has never happened before.

Since the NRO Year of Phytosanitary Legislations has been running since April 2017 the countries have also updated 68 old reports which is also a record number of updated old reports.

All IPPC Contact Points are welcome to check their reports regarding Phytosanitary legislation on the IPP and upload new reports in case they are missing or update existing reports. 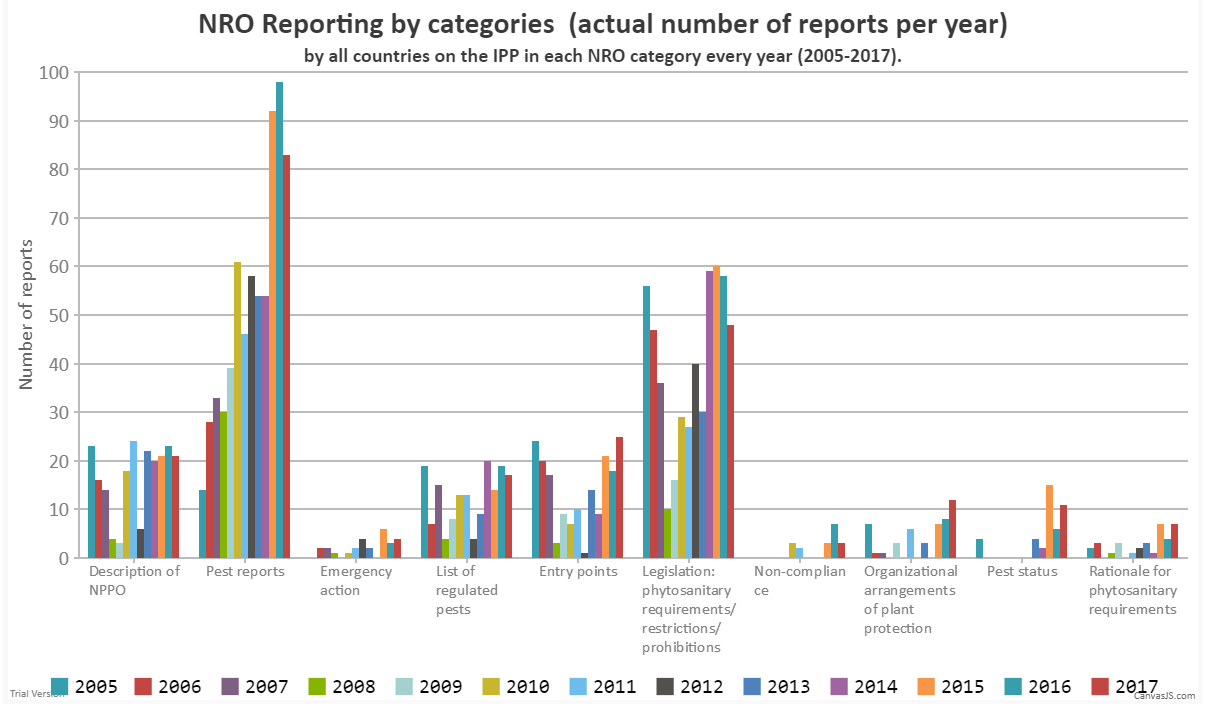