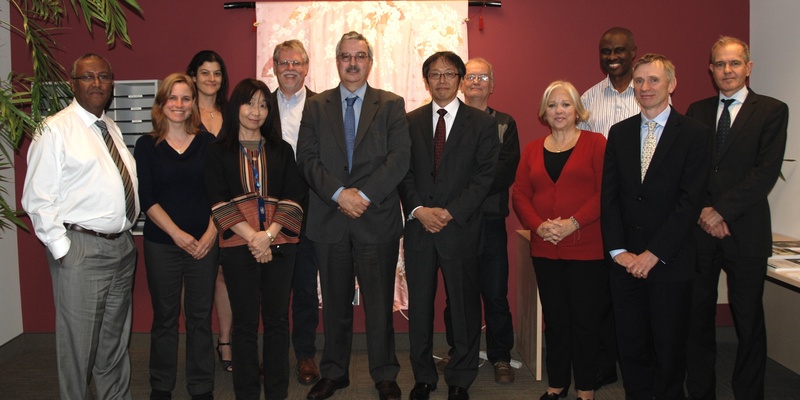 Photo by CBD Secretariat On 16-17 of September, the IPPC Secretariat participated in a meeting with the Secretariat of Convention on Biodiversity (CBD), in Montreal, Canada. Joined under the Memorandum of Cooperation (2004), the two Secretariats have agreed to cooperate on relevant activities conducted under their frameworks, to promote synergy, to avoid overlaps and unnecessary duplication, and to ensure effective cooperation.

The objective of this third joint meeting was to exchange updates on recent major developments, identify activities for possible future collaboration, and work to formulate specific work plans with emphasis on issues such as invasive alien species and biosafety. Both sides presented and discussed their strategic frameworks and ways forward and many possible joint activities were identified, e.g. the possibility of holding joint workshops on capacity development as a way to promote consistency across conventions. It was also noted that relevant experiences of the IPPC could be helpful when addressing various issues related to invasive alien species and biosafety.

During discussions on biosafety, participants reviewed outcomes of the Strategic Plan for the Cartagena Protocol on Biosaftey and relevant matters regarding risk assessment and management, detection and identification of pests, and efficient methods of information sharing amongst the Secretariats.

Overall, the meeting created a solid foundation for positive future collaboration. The two Secretariats have agreed to work together on a thorough review and update of the Joint Work Programme.