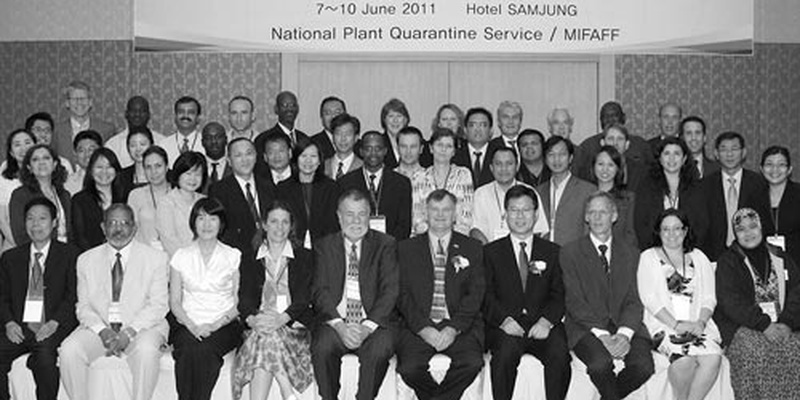 An Open-Ended Working Group on IPPC OEWG on Electronic Certification was held in Seoul, Republic of Korea, from Tuesday 07 June to Friday 10 June, 2011. The meeting was attended by participants from 27 countries and 2 regional plant protection organizations.

An increasing number of countries are converting from paper systems to electronic certification systems. A global ePhyto standard will greatly facilitate the inter-governmental exchange of phytosanitary certificates with improved security and often large gains in efficiencies. Some background information can be found on the IPPC website.

For most countries this plant health initiative will be integrated into their animal health and food safety electronic certifications systems. Participants agree to work together to ultimately agree on a global standard for electronic phytosanitary certification based on International Standard on Phytosanitary Measures (ISPM) 12, probably to be called ePhyto. Three working groups have been established to progress this work with the objectives of having a draft available by the end of 2011 for field testing. Once it is shown to be functional and robust, it will be entered into the IPPC standard setting process for probably inclusion into ISPM 12 as an Appendix after Commission for Phytosanitary Measures (CPM) approval.