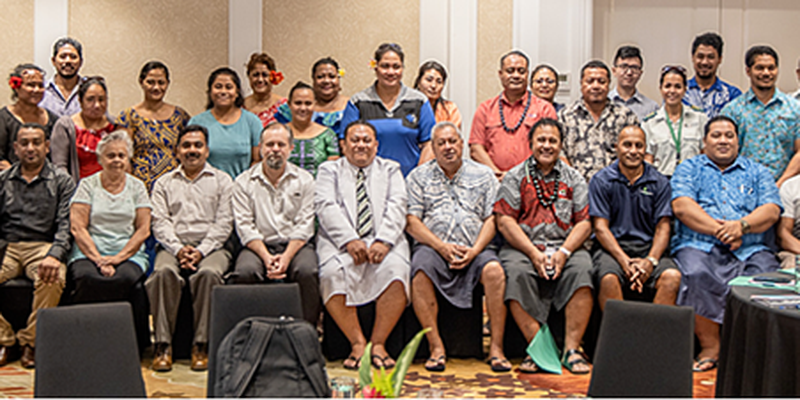 The benefits of using the Generic ePhyto National System (GeNS) and electronic phytosanitary certificates (ePhytos) were highlighted at a recent workshop in Samoa. © FAO

22 May 2019, Samoa - A workshop on using the Generic ePhyto National System (GeNS) was held in Samoa from 20 to 22 May 2019. The GeNS is a centralized web-based system that allows countries without their own electronic phytosanitary certificates (ePhyto) system to produce, send and receive ePhytos. Samoa is one of the three pilot countries testing the GeNS.

With support from the United Nations International Computing Center (UNICC), the workshop focused on training quarantine staff in using and testing the GeNS. The Samoan business community and government officials also gained a better understanding of GeNS and the benefits of using ePhytos during the second day of the workshop. The Samoa Observer published an article where the benefits of using GeNS were clearly explained by Tilafano David Hunter, the Chief Executive Officer of the Ministry of Agriculture and Fisheries (M.A.F).

Tilafano highlighted that the ePhyto system simplified and reduced the cost of trade, improved the ability to identify high risk items and target resources for mitigating risk. He noted that the paperless ePhyto system was cost effective and minimized fraud when trading plants and plant products.

The workshop was hosted by the Samoa Quarantine Service of the M.A.F. and funded by Department of Foreign Affairs and Trade Australia. Participants came from Samoa and the Biosecurity Authority of Fiji (BAF).

Samoa will continue testing the GeNS until it is ready to become fully operational. The Biosecurity Authority of Fiji (BAF) will soon also have their own customized GeNS ready for preliminary testing. This contributes to the overall progress of ePhyto use in the region as Samoa, Fiji and New Zealand will soon be able to exchange certificates among themselves and with all other countries in the system.

> Learn more about the ePhyto system and GeNS