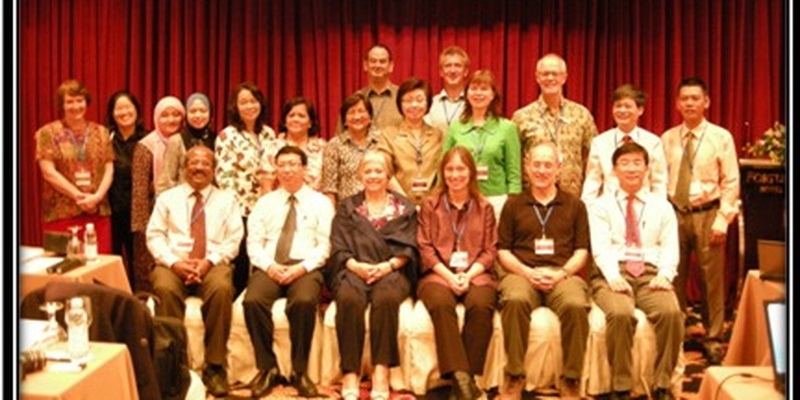 The Mid-Year Review Meeting of the STDF-funded project, Beyond Compliance: Integrated systems approach for pest risks management in Southeast Asia, was held in the Fortuna Hotel, Hanoi, Vietnam, from the 16 to 19th July 2012. The project was officially launched by Dr. Hoang Trung, the Deputy Director General of the Plant Protection Department, Ministry of Agriculture and Rural development (MARD), Vietnam.

The objectives of the Meeting were to: (i) Review progress to date; (ii) Discuss and resolve issues; (iii) Make progress on project work-packages; (iv) Plan for Year 2; and (v) Looking Beyond the Beyond Compliance Project

In summary, the outputs of the Meeting were as follows:

i. Reviewed the Log frame as per the recommendation of STDF; ii. Reviewed Progress in Year 1 for each of the five (5) Work packages including Country and Regional case studies. The Meeting also discussed and suggested future directions entailing the case study on the South American Leaf Blight (SALB); iii. Revised both the country and the overall Project work-plan and the concomitant timelines iv. Confirmed the various project outputs to date and discussed on any outstanding issues which ranged from technical to operational ones when moving from Pest Risk Analysis (PRA) to Control Point-Bayesian Networks (CP-BN) and the related technical issues viz., probability assessments, measures or indicators of confidence and competence of personnel. The Meeting provided collective suggestions to overcome and embed them into the operational systems of the NPPOs; v. Clarified some key definitions (e.g. control point; no. of CPs versus interventions points; no. of measures /CP etc; vi. Defined governance role and impact of stakeholder thinking vii. Discussed the need for the final (terminal) meeting, aspects of budget and complementary sources of funding viii. Presented the latest information from International Plant Protection Convention (IPPC) (ISPM 35 by Dr. Ana Peralta); Draft on Market Negotiation (by Ms Megan Quinlan, ICL); shared experiences of CP-BN use in other countries (e.g. New Zealand by Dr. Mike Ormsby)

Based on the outputs of the post meeting evaluation, overall the Meeting met its various objectives. The participants agreed that it was a timely one which facilitated useful discussions and put to rest the various implementation issues that faced facing them. Some of these were:

i. The challenges involved with the implementation of the project especially with regards to the difficulties involved in convincing other stakeholders about the use of BN tools. However, in the course of the 3½ day meeting, participants were able to share their experiences and problems with one another. Although each case study has their own set of problems, the myriad of discussions allowed the participants to share experiences as a group. This sharing generally resulted in building the confidence of the participants and to have a better sense of direction aligned towards the project objectives.

ii. In terms of lessons learnt, all the participants agreed that the stakeholders meeting allowed the NPPOs to understand the processes of the whole production better and allow more efficient evaluation of measures in the production chain. Through engagement with the various stakeholders, they were also able to obtain information that was not documented in the PRA. For example, in the case of the Philippines, the use of Decision Support System (DSS) tool provided a structural and systematic method of conducting each procedure as well as induced critical thinking as it provided varied perceptions from the eyes of various stakeholders in the production system;

iii. The NPPOs also raised an issue on the acceptance and credibility of the BC tools. Although the tools are promising, a lot of stakeholders that were not involved in the project do not know about their existence and purposes. The NPPOs felt the need of a strategy to allow more people know about the project, its tools and function.