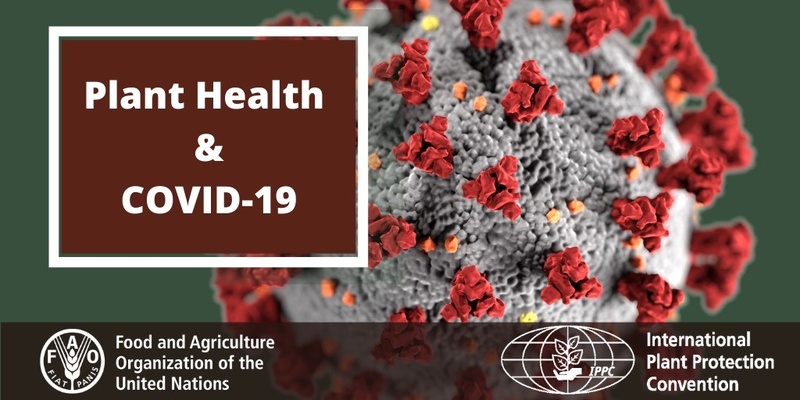 This is to inform you that, given the current COVID-19 outbreak in Italy, considering the travel restrictions being implemented by many countries and to ensure the safety and health of all participants, the fifteenth session of the Commission on Phytosanitary Measures (CPM-15) has been postponed.

The new dates of the CPM-15 session are 29 June - 3 July 2020. Please note that the invitations sent by the FAO Director-General remain valid, as well as nominations and registrations already sent and done.

The agenda, meeting papers and schedule will remain the same. The Ministerial segment will be held on 2 July 2020.

Concerned participants will be contacted individually to re-arrange their tickets and hotel accommodation as required.

We invite you to regularly check the IPPC website for further updates: www.ippc.int. Please note that the present meeting date may be also subject to change due to the evolving situation which will be notified in due course.

We remain available should you require further information.

Thanks for your understanding and cooperation.
English | French | Spanish | Russian | Arabic | Chinese Log in

Four devastating fruit flies pests are one and the same species

A female oriental fruit fly, Bactrocera dorsalis, laying eggs by inserting her ovipositor in the skin of a papaya. Image by Scott Bauer.

What difference could it possibly make if a bunch of scientists decided that what were once thought of as four different species of fruit fly actually belong to the same single species? Plenty, if the fruit flies in question are major plant pests, which these ones are.

Bactrocera invadens arrived in Kenya in 2003. It is small, less than 1 cm long. But it has a huge appetite, feeding on more than 200 different kinds of fruit, and some of those fruits are valuable crops. In 2004, B. invadens invaded Tanzania, with serious consequences. For example, Tanzania in 2006 exported 625 metric tonnes of mangoes to Europe alone. Four years later, in 2010, exports were down to 1.75 MT-effectively zero-both because the fly made it almost impossible to produce top quality fruit and because some importing countries restricted imports from Tanzania earlier that year.

The story is much the same over large swathes of sub-Saharan Africa. B. invadens is damaging fruits, and even good fruit can''t be sold because countries that do not have this pest are banning imports to minimize the risk of introducing it.

But what if B. invadens is not a separate species after all? What if it and a couple of other species are actually B. dorsalis, a damaging pest across south and southeast Asia, which is probably the fruit fly that invaded East Africa in the first place? A recent multidisciplinary study published in the journal Systematic Entomology shows clearly that B. invadens, B. papayae and B. philippinensis are all actually B. dorsalis. The consequences of the synonymization of the four species under B. dorsalis are far-reaching, and will be discussed by a meeting of experts hosted by Japan in early December.

The expert group is being convened by the Secretariat of the International Plant Protection Convention (IPPC), based at the Food and Agriculture Organization of the United Nations (FAO) in Rome. The IPPC is responsible for overseeing the development of international standards for phytosanitary measures, including treatments that countries can use to protect themselves from the introduction and spread of pests of plants. International standards and national legislation to control pests use the formal, Latin name to describe species. If B. invadens is really B. dorsalis, then measures for B. dorsalis can be applied in countries that currently have a problem with B. invadens.

For example, the International Atomic Energy Agency (IAEA), a partner in the taxonomic research, continues to work with FAO on a pest-control method they jointly pioneered. This Sterile Insect Technique (SIT) releases reproductively sterile male insects in infested areas. These males mate with females, but no viable eggs are produced, thus reducing the population to levels where damage to the fruit is minimal and commercially acceptable. As part of the SIT package for B. dorsalis, the IAEA selected a strain in which the female pupae are white while the male pupae are the usual dark brown. This allows the selective release of sterile males only, which makes the process more effective and cheaper. If B. invadens, B. papayae and B. philippinensis were separate species, countries with these pests could not use sterile males of B. dorsalis to reduce fruit fly damage. Now that it has been established that they are all the same species, countries can avail themselves of these sterile males. Using SIT should reduce the use of chemical pesticides and post-harvest treatments.

Evidence that the different kinds of fruit flies are in fact the same species includes the observation that they all mate perfectly well with one another, further boosting the relevance of the sterile male technique. In addition, they cannot reliably be separated on looks alone, have identical genetic material, behave in the same way and emit the same sexual pheromones.

Rui Cardoso Pereira, an entomologist in the Insect and Pest Control Section of the Joint FAO/IAEA Division of Nuclear Techniques in Food and Agriculture, points out that it is this complete set of similarities, each the realm of a different scientific discipline, that is important. No one characteristic will help you to identify these species, he said. You need the whole matrix to prove conclusively that all these fruit flies belong to the same species.

It has taken a long time - and 49 researchers from 20 countries - to come up with the multi-disciplinary comparisons that underpin the synonymization. A major problem was that the experiments with living flies, for example on mating compatibility, could not be undertaken in any country where only one of the fruit fly populations under investigation was already present, for fear that, if the species were not in fact one and the same, a new pest might possibly be introduced. The FAO/IAEA laboratories near Vienna, Cardoso Pereira says, were an ideal place to carry out the experimental tests because Austria''s climate is harsh enough that none of the species under investigation stood any chance of establishing and becoming pests, even if they did escape from the laboratories.

For members of the IPPC, the taxonomic revision will simplify their lives, reducing the amount of legislation and also allowing treatment protocols developed for B. dorsalis to be applied to the others without needing to be debated or tested. Measures to reduce pest damage, and to prevent the spread of the pests, should thus become easier to implement. For countries where these fruit fly pests are a problem, it should mean that they can bring them under control more rapidly and benefit from increased access to international trade.

A little bit about these flies

Many people who have heard of fruit flies will associate that common name with Drosophila melanogaster, the workhorse of geneticists figuring out the basis of heredity. Purists insist that Drosophila should be called vinegar flies, but that is probably a losing battle among the public, who mostly know Drosophila as the annoying little fly that hovers around their ripening bananas and other fruit.

True fruit flies lay their eggs into immature fruits and vegetables before they are harvested, and are major agricultural pests. Although not closely related to Drosophila, Bactrocera flies are related to another fruit fly that people might know, the Mediterranean fruit fly or medfly (Ceratitis capitata), also a serious pest. Bactrocera and Ceratitis flies are members of the biological family called Tephritidae (Drosophila are not), which are among the most destructive insect pests known. At a side session on Emerging invasive pests of plants in Africa at the Ninth Session of the Commission on Phytosanitary Measures (the governing body of the IPPC), held in March 2014, more than half of the countries of sub-Saharan Africa named Bactrocera flies as their number-one pest problem.