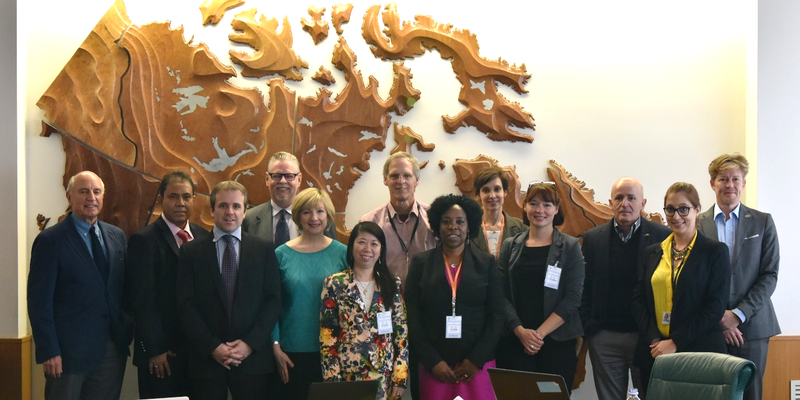 The Standards Committee Working Group (SC-7) met from 16 to 20 May at FAO headquarters in Rome, Italy. Mr Nico HORN (The Netherlands) and Mr Ezequiel FERRO (Argentina) chaired the meeting. All FAO regions were represented in the meeting.

The SC-7 reviewed comments from previous consultations on four draft ISPMs. The SC-7 requested that the draft Annex 1 and 2 to ISPM 15 (Regulation of wood packaging material in international trade) for inclusion and revision of the phytosanitary treatment sulphuryl fluoride fumigation of wood packaging material (2006-010A and 2006-010B) be sent back to the Technical Panel on Phytosanitary Treatments (TPPT) for further revision. The other three draft ISPMs that were revised and approved for the second consultation period are: International movement of vehicles, machinery and equipment (2006-004), now with a broader scope for these regulated articles encompassing both used and new ones; Annex 1 on Arrangements for verification of compliance of consignments by the importing country in the exporting country (2005-003) to ISPM 20 (Guidelines for a phytosanitary import regulatory system), now being presented as an Annex to ISPM 20; and International movement of seeds* (2009-003).

The SC-7 May 2016 meeting report will soon be available at: https://www.ippc.int/en/core-activities/standards-setting/standards-committee/