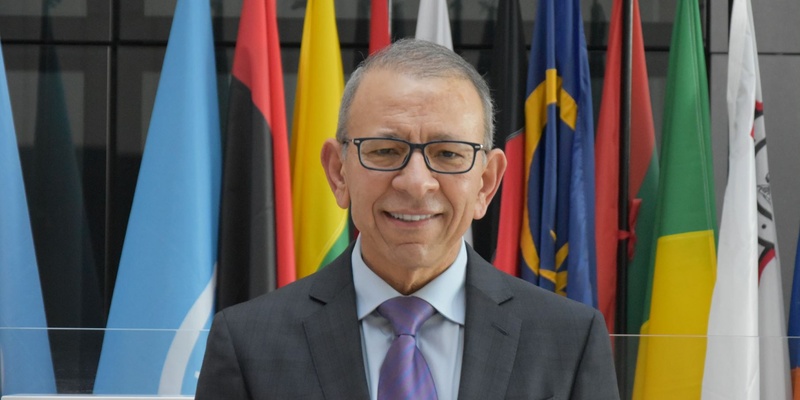 Rome, 8 March 2022 - Mr. Osama El-Lissy has been appointed as the Secretary of the International Plant Protection Convention (IPPC), effective February 26, 2022.

Born in Egypt and a national of the United States, El-Lissy holds a doctorate degree in management from the University of Maryland, a Master of Business Administration from Georgetown University, a Master of Public Administration from American University, and a Bachelor of Science in agriculture production and entomology from Cairo University. Prior to this appointment, Dr. El-Lissy worked for the United States Department of Agriculture (USDA) for almost 22 years. For the past nine years, he served as Deputy Administrator of USDA’s Animal and Plant Health Inspection Service. In that role, Dr. El-Lissy led the national plant protection organization of the United States and served as the country’s chief plant health officer. He also provided leadership to 3 000 employees in the United States and around the world.

El-Lissy also headed U.S. delegation at international and regional plant protection organizations such as the IPPC, the North American Plant Protection Organization (NAPPO), and the Plant Health Quadrilateral (QUADS) between the United States, Canada, Australia, and New Zealand to harmonize science-based and safe movement of agricultural products. He also played an active role in the development of the IPPC 2020-30 strategic plan and has been a strong and consistent advocate and sponsor of key IPPC global initiatives.

His unique blend of scientific and executive leadership expertise, international networks, and personal and professional goals position him well to facilitate and support FAO’s global efforts at defeating hunger and achieving food security worldwide. With 30 years of experience in agriculture, Osama effectively managed and promoted the exchange of sector-relevant knowledge with international partners as well as private sector entities to synergize resources and optimize programs to safeguard agriculture and facilitate safe trade.

With his new appointment, El-Lissy said, "I am thrilled to serve as the Secretary for one of most premier standard setting organizations in the world. Protecting global plant resources against invasive pests and facilitating safe trade of agriculture products and ultimately feeding the world, is such a noble mission and I am simply humbled and honored to be part of it. I look forward to working very closely with the 184 contracting parties and the commission to implement the IPPC mission in the most effective manner."