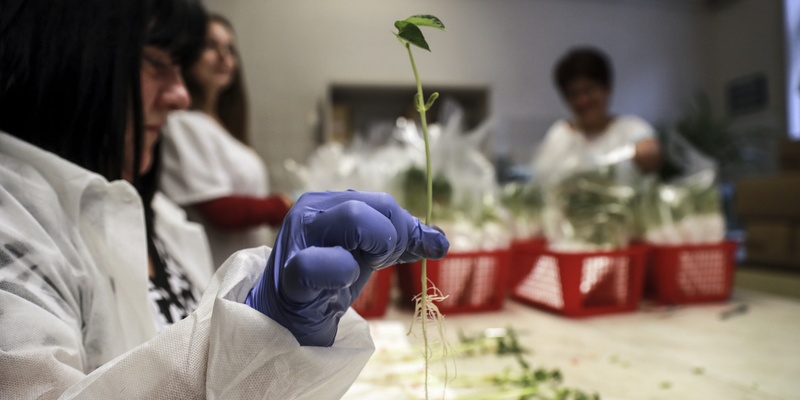 Rome, 16 March 2021. A large number of International Standards for Phytosanitary Measures (ISPMs) were presented to and adopted by the fifteenth session of the Commission on Phytosanitary Measures (CPM-15) in the first-ever annual conference held virtually. The CPM is the governing body of the International Plant Protection Convention (IPPC) that cancelled its 2020 annual meeting because of the COVID-19 pandemic. The World Trade Organization (WTO) recognizes IPPC standards as international benchmarks for trade in plant commodities. Since 1993, the Standards Committee, body of the IPPC responsible to oversee the development of the standards has presented draft ISPMs each year to the Commission’s annual meeting for adoption.

So, why are ISPMs important? IPPC standards are applied in international trade under the Agreement on the Application of Sanitary and Phytosanitary Measures (the SPS Agreement). Countries rely on these standards, which are designed to protect sustainable agriculture and enhance global food security; protect the environment, forests and biodiversity; and facilitate economic and trade development.

What will the newly adopted ISPMs bring to the IPPC community?

These newly adopted ISPMs and phytosanitary treatments (PTs) are essential to continue the IPPC’s mission of international harmonization of phytosanitary measures and promoting global cooperation on the facilitation of safe trade.

Revision of ISPM 8: Determination of pest status in an area. Originally adopted in 1998, the revision and modernization of ISPM 8 (Determination of pest status in an area), was long overdue to ensure its compatibility with current phytosanitary systems and other IPPC standards. This standard provides guidance on the determination of the pest status in an area using, in particular, information from surveillance and pest records as described in ISPM 6 (Surveillance) and pest reports as described in ISPM 17 (Pest reporting*). Therefore, it was imperative during this revision to align ISPM 8 to the revised ISPM 6 as the two are interdependent. Moreover, this new adopted revised ISPM 8 provides guidance on evaluating the reliability of information or possible sources of uncertainty associated with information used to determine pest status. One of the main enhancements that will help NPPOs to expedite its pest status is that the standard now defines two categories of pest status: “presence” or “absence” being determined exclusively by the NPPO responsible for the area concerned. The new adopted standard also clarifies that lack of information due to inadequate or insufficient surveillance activities does not constitute a basis for determining pest absence.

To add to this important topic for the IPPC, the Implementation and Capacity Development Committee is finalizing the IPPC Pest Status Guide, which will provide guidance to support the implementation of this newly adopted ISPM. The guide is planned to be launched by June 2021.

ISPM 45: Requirements for NPPOs if authorizing entities to perform phytosanitary actions. Developing guidance on the use of third-party entities is one of the eight development agendas of the IPPC Strategic Framework 2020-2030 endorsed by the CPM-14 (2019) and adopted by CPM-15 (2021) and it is also pointed out in the Convention text. The need for the development of an ISPM was recognized from two perspectives:

• to use this guidance as assurance, to foster trust among NPPOs when specific phytosanitary actions are performed by other entities.

This newly adopted standard on the “Requirements for NPPOs if authorizing entities to perform phytosanitary actions” provides harmonized requirements for the development of an authorization programme and the eligibility criteria for entities to become authorized. The standard also identifies the roles and responsibilities of the parties involved in the implementation of an authorization programme and the processes for audits, types of nonconformities, suspension and revocation of authorization. In 2020, the IPPC Secretariat organized a webinar on this topic, with several case studies, and the material presented is available here.

As of March 2021, the CPM has adopted 114 ISPMs (44 regular ISPMs, 29 Diagnostic Protocols and 39 phytosanitary treatments).