Supply chains must mitigate threat of invasive species, for all our sakes 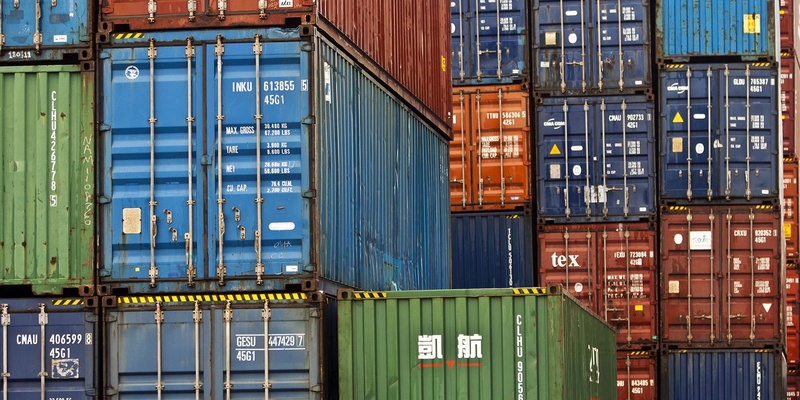 Interview with IPPC Secretary for The Loadstar.

Climate change and international trade are combining to put the very existence of life on Earth at risk. That is not a crazy unfounded risk assessment by a dogmatic green activist, but the considered opinion of the United Nation’s Food and Agriculture Organization (FAO).

And the UN says that changes that will protect food and agriculture supplies must come soon.

The International Plant Protection Convention (IPPC) is an intergovernmental treaty signed by more than 180 countries, and its secretary, Osama El- Lissy, along with Nicola Spence, the UK’s chief plant health officer, released a paper on 21 September warning that some 40% of crops, around $220bn worth, is lost to plant pests every year.

Mr El Lissy told The Loadstar a further $70bn is spent by the private sector working with national jurisdictions to contain the spread of invasive pests, bringing the total cost of disease and the spread of pests to a little under $300bn.

“Climate change has increased pest incursions, particularly in new places where they had not been detected previously but have now thrived. Changing temperatures, humidity, light and wind are the second most important factors for pests to disperse, next to international travel and trade,” wrote Ms Spence and Mr El Lissy.

The convention introduced International Standards for Phytosanitary Measures (ISPMs) as its main tool to achieve its goals to reduce the spread of pests and diseases, making it the sole global standard setting organisation for plant health.

Plants provide 80% of our food and 98% of the air we breathe, are critical to life on Earth and must be protected at all costs. ISPM’s have the aim of protecting global plant resources from the spread and introduction of pests while also promoting safe trade.

With international trade identified as one of the key factors in the spread of invasive species, organisms that, when taken from their natural habitat and moved to an area where they have few or no natural predators, can wreak havoc on local flora and agriculture.

Established in 2005 the Commission on Phytosanitary Measures (CPM) is effectively the governing body of the IPPC and is a panel of experts that meets annually to coordinate the global protection of plants.

In addition, this year the IPPC held a conference in late September, preceded by the Sea Containers Workshop, which included experts from the IPPC and the transport and logistics industry working to mitigate the risks posed by the spread of invasive species.

Moving food around the globe is necessary to feed the parts of the world where food is scarce, explained Mr El Lissy, “The trick is how can we do this in a safe manner so that invasive pests and diseases are not moved along the pathway of agricultural products and food?”

Focusing on global supply chains, Peregrine Storrs-Fox, risk management director at TT Club, believes: “The question is around containerisation, what is the level of the risk played out in containers and that’s difficult to identify? Containers aren’t the only pathway for invasive pests.”

For Mr Storrs-Fox. everyone can see the problem and believes containerisation has played a role in the spread of invasive species, but we need to know “the level of contribution to the problem and, therefore, what are appropriate, proportionate measures to take.”

In addition, he said one of the key messages the “IPPC was careful to state” was that, while the convention wants to mitigate the threat from invasive species, it recognises that mitigation must come “without significant impact on trade flows and logistics”.

Although the extent of the problem from containerisation cannot currently be accurately identified, the Sea Containers workshop did agree on a number of issues, according to the CEO of the International Cargo Handling Coordination Association (ICHCA), Richard Steele.

One of the discussions centred around the design of the ubiquitous transport container, “the optimum design for a container is egg shaped”, laughed Mr Steele, with the more serious point that many containers have wooden floors and many indents and pockets for pests to hide in.

“Customs and excise don’t want voids where things can be hidden,” explained Mr Steele, and things can hide, such as smaller organisms, spiders, moths and their larvae. But he conceded that slots for forklift blades and the corner blocks where twist locks and crane spreaders hold and lift boxes remain crucial to the design.

Though both Mr Steele and Mr Storrs-Fox concede that while it is not possible to completely eliminate all movement of invasive species, there are simple actions that can be taken to reduce their spread.

“All-steel floors in containers does not add significant cost to its price,” said Mr Steele.

However, if a container is loaded at night under lights, these attract pests and can lead to unwanted organisms entering the box. Other mitigation that could be taken is the use of new coatings that prevent, or at least deter, organisms from attaching themselves to the outside of containers.

Nevertheless, the chief method for containing the spread of unwanted pests in and on containers is to “continue to raise awareness throughout the supply chain, because there are people that are not aware of these problems”, explained Mr Steel.

Asked if fumigants were a part of the answer – a method recently favoured by Chinese authorities to control the spread of Covid in particular – Mr Storrs-Fox and Mr El Lissy’s views were closely aligned. In the opinion of the TT Club, fumigants can cause sickness, but also the nature of supply chains is that they are cross-border, so fumigating in one country may help to get rid pests at that point, but there is a need to ensure that the entire supply chain is protected.

“We need to have someone looking over all of this [the supply chain and the various interests],” explained Mr Storrs-Fox, “there’s a silo looking at plant protection and their interests, then you need to look at the movements of animal products, wider biosecurity and also looking at safety issues,” he added.

“There is no global body that is looking across all the risks to say ‘this is how we can balance these risks’ and to say ‘there is a beneficial impact from the biosecurity actions’,” he said.

For Mr El Lissy, the way to deal with invasive species is to create what he calls a “safeguard continuum”, which begins at the point of loading, before cargo is loaded.

“We’re not asking the sea container industry to split the cargo, once the cargo is loaded your job is done,” he said.

Meanwhile, Mr El Lissy focused on the need for collaboration, not just between nations but also between governments and the private sector, including all the stakeholders along the supply chain.

“The role of governments and the private sector is fundamental,” to the creation of secure supply chains, explained Mr El Lissy.

It starts with ensuring containers are cleaned before they are delivered to shippers for packing; they need to swept and washed, then when a container has been loaded and the doors closed, a quick inspection of the outside would make sure there are no organisms attached to the box. As the container moves through the supply chain, continuous checks should be made on the outside, all the way to the freight’s destination.

“If we do that, 90% of the problems have been addressed already,” explained Mr El Lissy. “If we do that consistently you manage that pathway in a very effective way, regardless of the point of origin, as well as substantially reducing the overall costs of mitigating the spread of invasive species.”

Mr El Lissy believes this will reduce the overall costs of inspection and substantially reduce the costs associated with the loss of food and agricultural products through the unwanted spread of organisms.

Moreover, the IPPC expects government bodies in countries of origin and ports of arrival to inspect agricultural products so that responsibility will not fall onto individual farmers or private companies.

Industry and government representatives, in the form of a focus group, have now been tasked by the CPM find a formal solution to the problem of invasive species within global supply chains, and the group will make its first report to the wider IPPC next spring, when the next annual meeting is due to take place in Rome.

However, Mr El Lissy is convinced there is a workable solution through the development of a safeguarding continuum. And he illustrated this with the story of an Italian shipper that had shipments of ceramic tiles turned back at the port of arrival by regional authorities. It was discovered that the dunnage, the wooden pallets on which the tiles were shipped, were infested. The tile company then discussed the issue with its supplier, changes were made and a solution was found.

It is this sort of collaboration that will see the solution to, or at least the mitigation of, the spread of invasive species and ultimately reduce the costs, said Mr El Lissy.

And it’s a solution, he emphasised, that must “come sooner rather than later, but everyone understands the urgency”. He added: “There is no doubt that the very existence of life on Earth is at stake from our actions, and to safeguard life we must act in unison.”

Osama El-Lissy is the Secretary of the International Plant Protection Convention Secretariat.

This piece was produced by The Loadstar.*