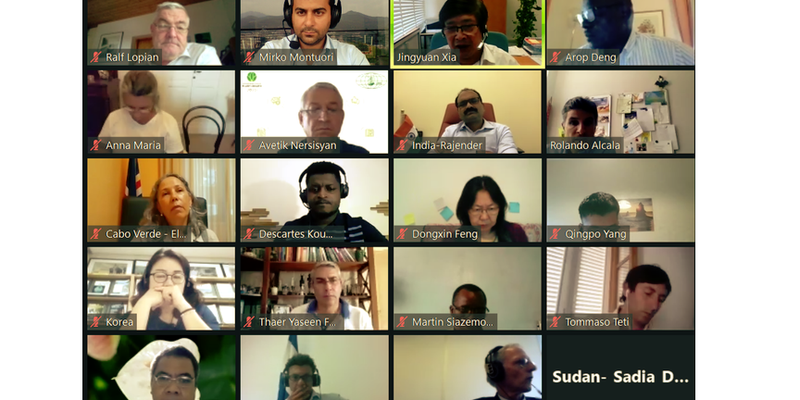 Rome 31 August - The 10th meeting of the International Year of Plant Health (IYPH) International Steering Committee (ISC) was held virtually to advance the delivery of the IYPH action plan through the continuing COVID-19 pandemic. The meeting was chaired by Mr. Ralf Lopian, the IYPH ISC Chair, and opened by Mr. Jingyuan Xia, the Officer in Charge (OiC) of the IPPC Secretariat. Altogether 41 members and observers from IYPH ISC, FAO-regional officers and the IYPH Secretariat participated at the meeting.

In his opening remarks Mr. Xia, as the IPPC OiC, informed the participants about the organizational changes taking place at FAO. The exact positioning of the IPPC remains to be decided later this year, and the IPPC Secretariat works to ensure the enhancement of its visibility in the new FAO structure.

The IYPH Secretariat provided an update on the IYPH budget. The IYPH ISC approved the revised budget, while noting that some pledged contributions were not transferred yet, and agreed to advocate for donations in respective constituencies as deemed relevant. Overall, the IYPH budget remains well balanced.

The IYPH ISC members were also informed about the recent developments regarding the IYPH communications. The main IYPH promotional video has already received over 2,7 million views. Also a new children’s video animation on the IYPH was recently published on the IYPH website, and has immediately gained popularity among viewers. The children’s activity book is now available in all six UN languages, and also in Dutch and Italian. A TED-Ed video focusing on a quarantine pest and the importance of protecting plants from pests is about to be launched this autumn. Social media remains to be active: the IYPH Secretariat informed the ISC members that for instance in July 2020, nearly 100 IYPH items were posted by the FAO, in addition to IYPH being mentioned over 1420 times from other social media accounts, with an overall viewing potential of over 35 million social media users.

The IYPH Secretariat also updated that already 17 countries have launched an IYPH postage stamp, with two more countries joining soon. Three countries – Belgium, Italy and Mexico - have minted an IYPH coin. Regarding the IYPH Ambassadors, the Secretariat informed that two have now been confirmed, and two more may be confirmed soon. Also one IYPH influencer is now confirmed, with key messages and videos currently work-in-progress, expected to be launched in few weeks.

The dates for the International Plant Health Conference in Helsinki have been confirmed to be 28-30 June 2021, and the Closing Ceremony of the IYPH should take place on 1 July. Finland informed the participants that with the COVID-19 pandemic still full on, we need to wait until October 2020, possibly even until January 2021, to see how the situation evolves before making the decision whether the conference takes place in Helsinki or whether it will be organized fully online. Planning for the conference and IYPH closing ceremony will be the focus of the next IYPH ISC meeting.

The IYPH Secretariat also informed the participants about the recent developments regarding the study on the impact of climate change on plant health. Eight co-authors have now been selected to work alongside the lead author, with a good balance between plant pathologists, entomologists and climate change specialists.

The report of the 10th meeting of the IYPH ISC will soon be available at https://www.ippc.int/en/ph/iyphisc/ 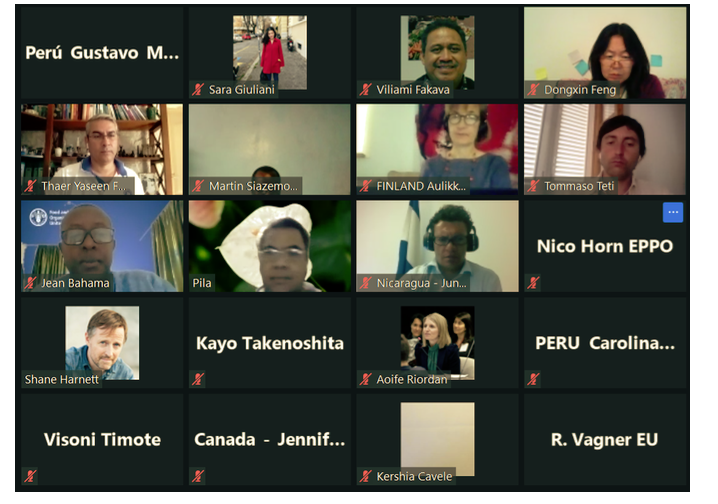