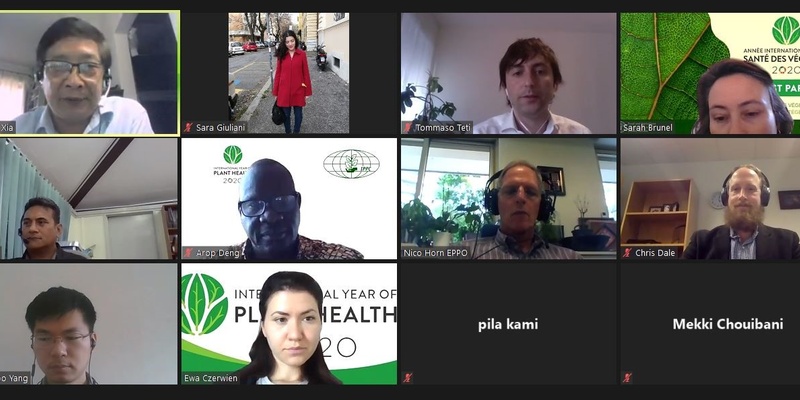 It is well known, fall armyworm (FAW), Spodoptera frugiperda, is now spreading worldwide with devastating consequences on plant health, food security, trade and ultimately on the livelihoods of millions of smallholder families. The pest is already established in sub-Saharan Africa, the Near East and Asia, and may likely soon reach southern Europe and the South-west Pacific. Once introduced in a new territory, FAW is extremely hard to eradicate. According to FAO estimates from twelve African countries, the pest can cause losses of 8.3 million to 20.6 million metric tonnes of maize annually, equivalent to USD 2.5 billion -USD 6.2 billion, and enough to feed 40 to 100 million people.

To tackle this global threat and scale up the efforts of the international community against FAW, FAO has developed a three-year Global Action for the Fall armyworm control, a massive implementation project that will ensure a strong and harmonized approach at national, regional, and global levels. The Global Action will be implemented in three FAO regions: Near East, Africa, and Asia-Pacific, with focus on three key strategic arenas (global coordination; pest management and control; and finally, prevention).

The IPPC Community will be playing a crucial role in implementing part of the Global Action for assuring that risk of further FAW introduction and spread to new areas is drastically reduced. To that end, the IPPC Secretariat is going to establish an IPPC/FAO FAW Technical working group and an IPPC FAW regional taskforce, which will involve three Regional Plant Protection Organizations (RPPOs) and over 20 countries from the Near East (NEPPO), Pacific (PPPO), and Southern Europe (EPPO) regions.

During the meeting, the IPPC Secretary briefed all the participants on the key activities and outcomes of the Global Action for the FAW control that relate to the IPPC mandate, which will mainly focus on:

The RPPOs representatives will be provided with clear terms of reference according to which qualified experts will be selected in each region to be part of IPPC/FAO FAW Technical working group and the IPPC steering group to facilitate the global implementation of project on FAW related IPPC issues. All three RPPO representatives supported the initiative and pledged to participate in the global Action for FAW control.