The meeting, chaired by Mr. Ralf LOPIAN, informed the participants on the first two webinars of the IYPH webinars series; ‘Paving the way to the International Plant Conference 2022’, that took place on 29 and 30 June. The IPPC Secretariat underlined how both webinars saw the participation of over two hundred attendees and both were a great success. The IYPH ISC also discussed the next webinars of the series planned for the end of 2021. It was agreed that the topics for the two up-coming webinars should be remote sensing and plant health, and the UN Sustainable Development Goals (SDGs) and plant health.

The IYPH ISC also discussed the establishment of a new entity to ensure successful preparations and organizing of the International Day of Plant Health as well as that of the first International Plant Health Conference, among other IYPH legacies. It was decided that the Technical Advisory Body (TAB), that oversaw the proclamation process of the IYPH, should take over from the ISC and continue strategic oversight for the IYPH legacies. The renewed TAB will consists of seven Rome-based and seven capital-based representatives and representation from the relevant stakeholder groups.

A final update regarding the IYPH communications activities was delivered: this began with a briefing on the success of the IYPH closing ceremony occurred on 1July. Approximately a thousand people followed the IYPH closing ceremony either via zoom or FAO webcast. All speakers underlined the importance of continuing to engage on plant health and that streamlining plant health in national policies as well as raising awareness to the public are important tasks that the IYPH legacies are ready to deliver.

A final count social media numbers was given; since September 2019, the Organization’s social media accounts were seen by 430 million of viewers, 120 million of these reached in June 2021 alone, a record-breaking figure. In addition to this, in the same timeframe the IYPH website was viewed 370 000 times.

Finally, the ISC was informed of the creation of a new IYPH postage stamp by the country of Tonga, increasing the total number of IYPH commemorative postage stamps to 29.

The meeting concluded with a heartfelt farewell to the members of the IYPH ISC, in particular to its Chair, Mr Ralf LOPIAN. 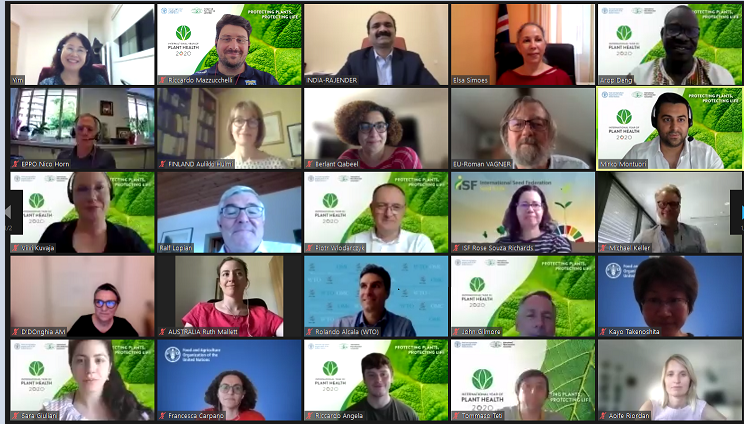 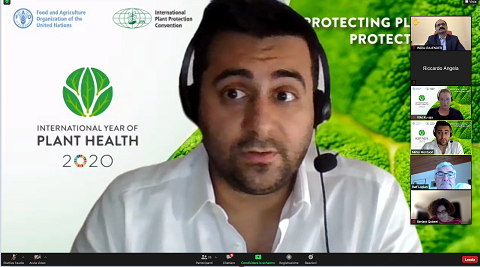