Rome, 7 May 2020. The CPM Bureau met virtually for the second time to advance its work. The meeting was opened by IPPC Secretary Jingyuan Xia, chaired by CPM chairperson Javier Trujillo, and attended by six out of the seven Bureau members, with John Greifer (Bureau alternate for the North American Region) attending as an observer. The IPPC Secretary reported on efforts to get FAO support to reschedule and extend IYPH events into the first half of 2021 to make up for the lost opportunities to deliver the IYPH in 2020 due to the COVID-19 pandemic. The Bureau expressed its agreement that the key IYPH activities should be thus extended. The Bureau noted the opportunity that CPM-15 most likely be postponed to March/April 2021. Also, Finland has formally notified FAO that the first International Plant Health Conference in Helsinki will be postponed to May/June 2021, where the IYPH closing ceremony would take place.

The primary focus of this meeting was to discuss the scope of Bureau decision-making authority in the interim time before the next CPM meeting, and how to obtain CPM endorsement and support for the Bureau assuming a pro-active role during the current COVID-19 lockdown. On the advice of FAO Legal counsel, it was agreed that the Bureau should reach out to the contracting parties to get their concurrence on the Bureau future agenda, including types of issues that the Bureau would act on during this interim period.

It was agreed that the Bureau Chair would draft a letter on behalf of the Bureau to all official contact points to seek CPM endorsement for a pro-active decision making Bureau. It was agreed that a step by step approach would be taken starting first by getting contracting parties to agree in concept to the decision making role of the Bureau and later share more specific agenda topics which will the subject of Bureau discussion and action.

Another issue discussed was the post-2020 Global Biodiversity Framework (GBF). The Bureau noted that the main area of overlap between the CBD framework and the IPPC are invasive alien species as plant pests. The IPPC needs some champions to ensure IPPC and plant health concepts and principles are considered to avoid setting unreachable targets or even conflicting international frameworks. Bureau members agreed to consider potential countries in their respective regions who may be enlisted to serve as IPPC champions or spokespersons at the upcoming CBD meetings where the Global Biodiversity Frameowrk will be discussed.

The next Bureau call will be on June 4. The meeting’s report will soon be available at the following link: https://www.ippc.int/en/core-activities/governance/bureau/ 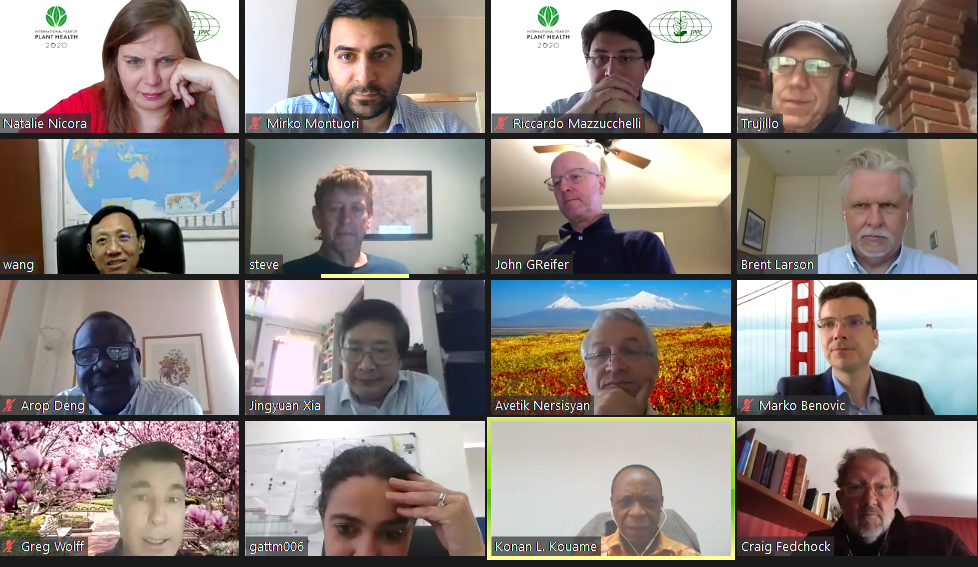