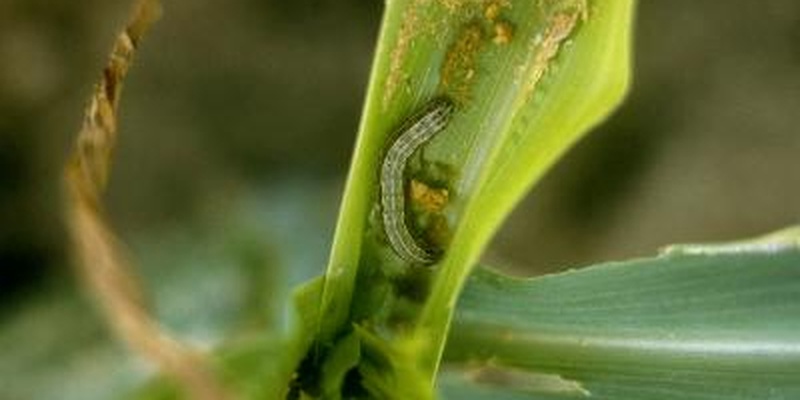 According to the FAO regional Office for Africa a fall armyworm (Spodoptera frugiperda) outbreak, the first emergence of the pest in southern Africa, is causing considerable crop damage in some countries in that region. The pest damages maize and cotton plantations. Based on information from the FAO Sub-regional Coordinator for southern Africa, David Phiri, it appears that preliminary reports indicate possible presence (of the pest) in a number of countries in the region, although it has yet to be officially reported.

As the the FAO regional Office for Africa reports, fall armyworm is a relatively new pest from the Americas, whose presence on the African continent was first reported in Sao Tome and Principe. The pest is known to cause extensive crop losses of up to 73 percent depending on existing conditions and is difficult to control with a single type of pesticide, especially when it has reached an advanced larval development stage. The potential damaging effects of the pest on food security outlooks for Africa were reported recently by international news agencies such as AFP and BBC.

FAO reports that, in partnership with the Southern African Development Committee (SADC) and the International Red Locust Control Organization for Central and Southern Africa (IRLCO-CSA), organized an Emergency Regional Meeting of key stakeholders from 14 to 16 February 2017 in Harare, Zimbabwe. The Harare meeting discussed the strengthening of surveillance, preparedness and coordinated emergency responses to transboundary crop pests and livestock diseases, including the fall armyworm infestation. It also discussed control strategies and measures and provided a platform for sharing experiences and valuable lessons.

This serious outbreak of this quarantine pest in southern Africa and its potential serious effects on food security in the region shows that public awareness about the impacts of plant health for food security and poverty alleviation must be intensified. This also shows the importance of international cooperation in dealing with emerging or emergency plant health matters. The International Plant Protection Convention (IPPC), as the only international convention tasked to manage pests of plants and plant products and to prevent their international spread, and especially their introduction into endangered areas is ideally suited to provide assistance in such cases.

The IPPC Secretariat will work together with the regional plant protection organization (RPPO) of Africa, and relevant national plant protection organizations (NPPOs) in the region in dealing this regulated pest if funds are available. NPPOs should help to sensitize the public and political decision makers towards the dangers of plant pests and the benefits of efficient plant health systems.