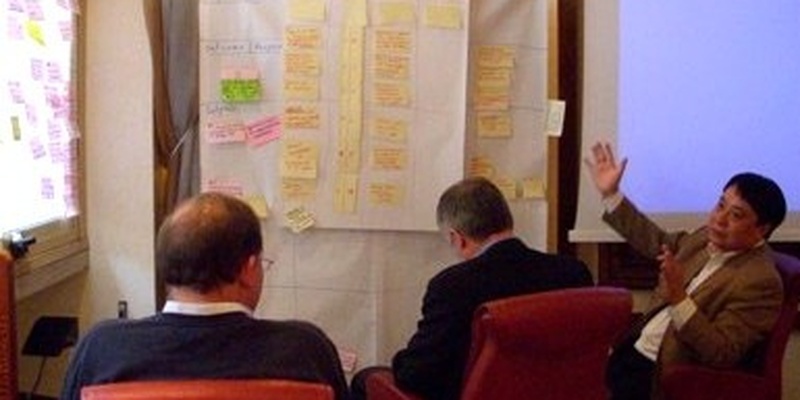 An Open-ended Working Group to finalize the operational plan and develop an implementation framework for the IPPC capacity building strategy was held at FAO Headquarters from 7 - 16 December 2009. This OEWG carried forward the work on the IPPC capacity building strategy that was initiated at an OEWG held in December of 2008. The OEWG included participants from the NPPOs / RPPOs of Australia, Kenya, Nigeria, Seychelles, Syria, Thailand, the United Kingodm, the United States and Viet Nam as well as invited experts, the IPPC Secretariat, and the Knowledge Exchange and Capacity Building Division of the FAO. The group had experience with the IPPC and detailed knowledge of the specific phytosanitary technical needs of the IPPC member countries. Many of the participants had attended the OEWG held in 2008 and had helped formulate the draft strategy for national phytosanitary capacity building that was approved at CPM-4. The group reviewed and finalized the operational plan partially developed by the OEWG in December 2008. They also developed eight implementation work plans specifically focused on the primary work areas identified in the IPPC capacity building strategy and capacity building operational plan. For each of the strategic areas, they developed a ''logical framework,'' estimated the required resources, identified priorities, formulated an implementation time table and identified potential donors and partners. Once the report of the OEWG has been finalized, it will be made available on the following page of the website: https://www.ippc.int/index.php?id=216019&no_cache=1&L=0.