Katy Perry and the protection of plants 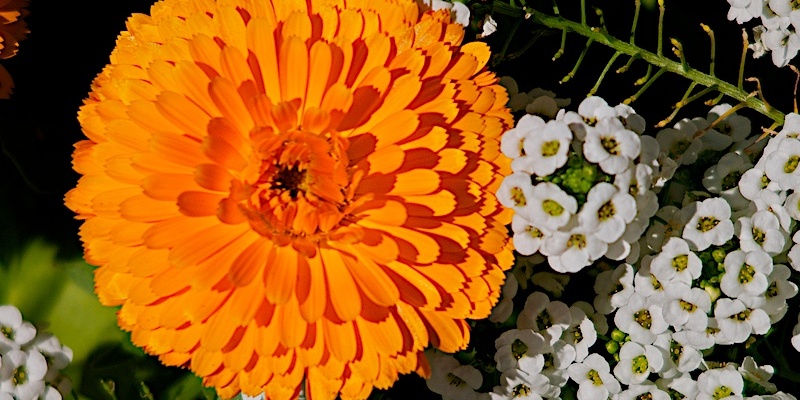 Perry's latest album includes seed paper with actual flower seeds and instructions for planting What does the American pop music diva Katy Perry have in common with protecting plants? While many pop stars have done a lot to protect the rights and safety of animals, no one has tried to highlight the issue of plant protection, until Ms. Perry and her latest album. Included with the album - titled PRISM - is a small packet of decorative flower seeds that fans are encouraged to plant to "spread the light". For the Australian Department of Agriculture, that is where the problems start. Australia's chief plant protection officer, Dr. Vanessa Findlay, said while Australian-produced CDs are cleared for sale, because the seed is locally sourced, customs officers are being instructed to confiscate the seeds from international CDs. That's because "the ones that were produced internationally, the seeds were sourced from areas that might introduce pests or diseases" to Australian agriculture. The economic and environmental consequences of such actions could be devastating, and not only to agriculture. That's where the International Plant Protection Convention (IPPC) comes in. The IPPC's mission is "to protect the world's plant resources from pests." This latest incident involving Ms. Perry highlights the need to raise awareness and share knowledge regarding the dangers and benefits of international trade in plant material like seeds. "All of us - even pop stars - need to understand, or at least be aware, of the possible consequences of our actions," Coordinator of the IPPC Secretariat, Craig Fedchock said. "A major new challenge for us is the need to educate online traders of plants and plant products, who may think it's OK to freely to ship seeds and other plants without documents to customers anywhere in the world, that it's not OK." Mr Fedchock also noted, "This highlights some of the challenges faced by the IPPC on a regular basis. In addition to the lack of awareness surrounding the international movement of seeds, internet trade opens the gates for spreading plant pests and diseases or plants that could be invasive in new environments. Furthermore, distance selling and e-commerce make it even more difficult for authorities to monitor the items that are being moved into and out of their countries." The Commission on Phytosanitary Measures (CPM), the governing body of the IPPC, will continue to address the issue of internet trade at its annual meeting this March, focusing primarily on the productive ways forward presented by the draft recommendation on e-commerce. With this recommendation, the IPPC hopes to create more transparency in the process of internet trade, as well as an incentive to act and eliminate potential risks. Mr Fedchock further notes, "I hope that in the next plenary session of the CPM, members can agree on a recommendation that encourages all countries to carefully consider raising awareness about the risks of internet trade and other distance selling. I hope also that we will work towards increased general awareness of plant health." It is safe to assume that Ms. Perry's publicists were not expecting a response of this kind from the agricultural and environmental sectors. In fact, it is highly unlikely that they were expecting to hear anything at all about the spread of invasive species when they thought they should distribute seeds with the singer's new album. Nevertheless, this is yet another example in which the vital importance of plant resources and the spread of pests can enter into daily life without our conscious awareness. Unknowingly, Ms. Perry has emphasized the importance of knowing the risks to plant health and the associated regulations clarifying phytosanitary regulations when engaging in the trade and for that, Katy Perry, we thank you. Please check out the recent IPPC study on the phytosanitary risks associated with internet trade in 2012. More background information can be found here: